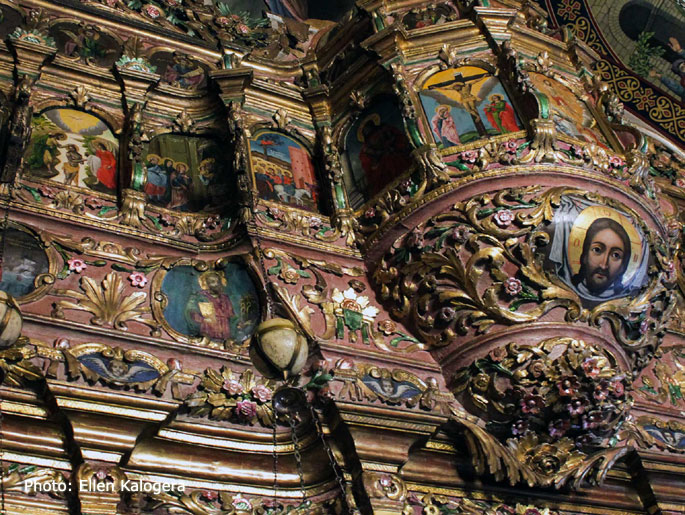 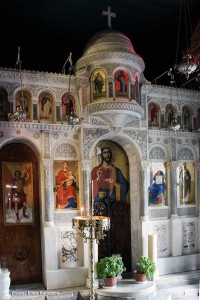 Agios Georgios was built in 1839 in the region of Syros, originally as a one-aisled church while after the successive disasters it suffered, the church was reconstructed in the early 20th century as a three-aisled Basilica with the addition of the chapels of Agia Thekla and Agios Andreas. At the entrance of the church’s courtyard lies the imposing marble Bell Tower while the temple’s central arch is adorned with an inscription mentioning the date of completion of the temple, the patron and donors.

Within the temple the icons that have been painted by D. Kostarakis, F. Desipris and Emm. Psaltidis also stand out while next to the temple one can find the Orthodox cemetery of Syros. The hieratic school of Syros also used to operate in the Western side of the temple. 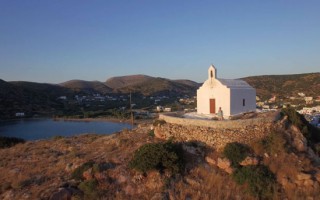 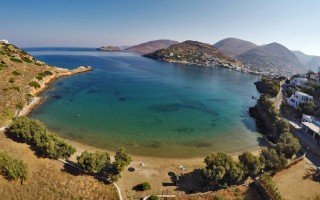