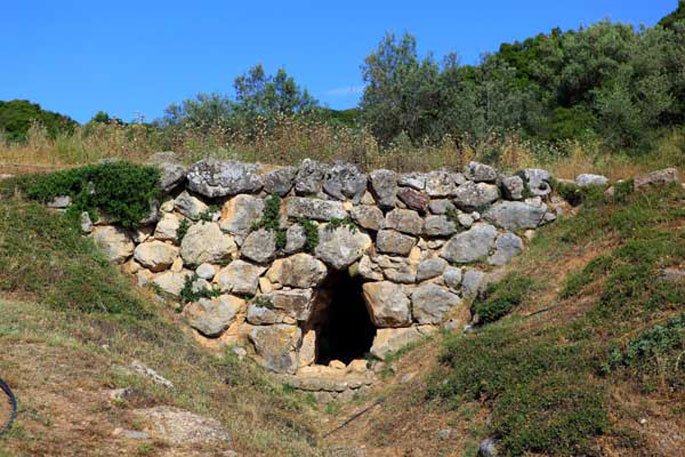 The megalithic Mycenaean bridge of Kazarma stands imposing in the village Arcadicon and constitutes the oldest bridge in Europe that is still in use. It must have been constructed back in 1300 B.C. and it used to join Epidaurus, Mycenae and ancient Tiryns.

In the village called Arcadikon, on the way which joins Nafplion to Epidaurus predominates the Mycenaean “Bridge of Kazarma” , the oldest bridge in Europe. This imposing bridge, that constitutes another great creation of the Mycenaean age, was constructed around 1300 B.C. For its construction massive uncut limestone blocks were used, in accordance with the Mycenaean construction style that ordered no use of adjoining material. It is 22m long 5,6 m wide and 4m high, and based on remains of a still visible road suitable for vehicles across the bridge, it had been used to connect Epidaurus, Mycenae and ancient Tiryns. At the same time, it was also used as a dam for the raging torrents. The special characteristic of this bridge compared to others is the oblique wedge that holds the sides of the triangular passage in place.

Today, this arched bridge still in use by the inhabitants of the region, and four more placed close to each other, are there to remind us that on this specific land the glorious Mycenaean civilization was once born.