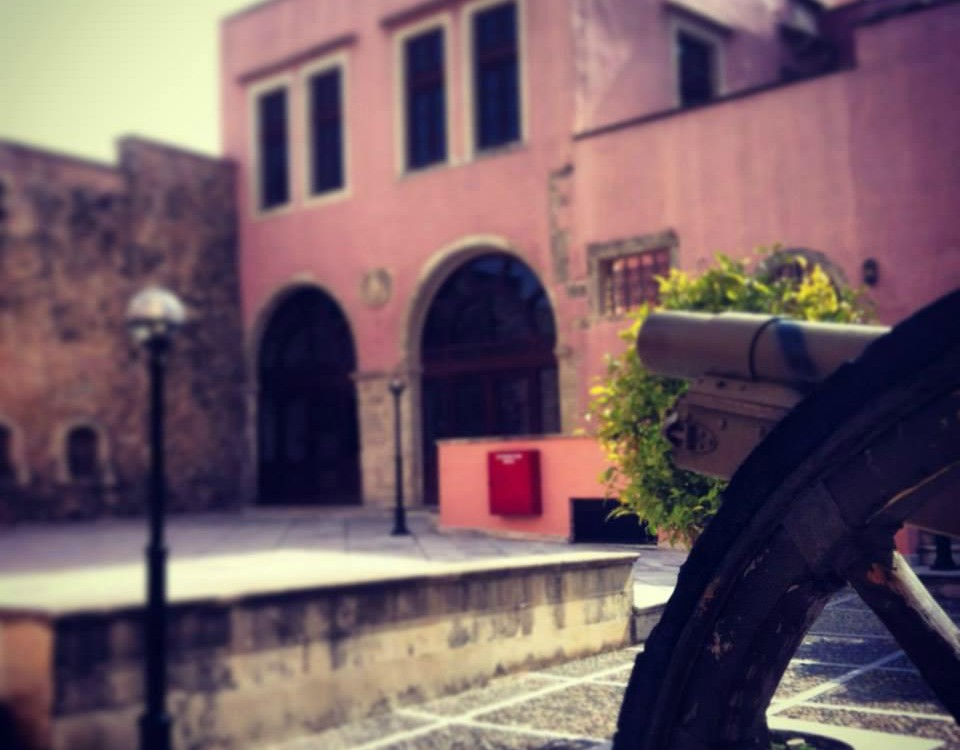 Chromonastiri is a traditional village built at the foot of Mount Vrysinas, 11 km SE of the town of Rethymno. The building that houses the Military Museum in Chromonastiri is of particular historical and architectural interest being a Venetian mansion – the so-called Villa Clodio – built in 1610 as the summer residence of a Venetian noble family. Villa Clodio maintains architectural characteristics of both the Venetian and the later Ottoman period such as a Venetian coat of arms of “Clodio” family, a “Gate of Nobles’, a medieval gutter system, a Turkish bath etc.

The collection of exhibits of the Military Museum includes historical artifacts from the Venetian period and Modern Hellenic Military history, and more specifically: