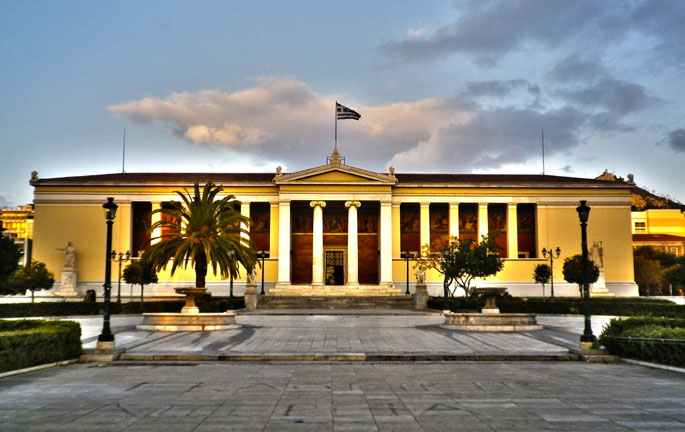 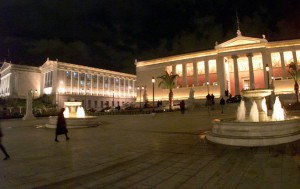 Founded in 1839, The University of Athens was built from the designs of Christian Hanssen, the brilliant architect, who desired to construct buildings that would not only adhere to the principles of Neo-classicism, but would also complement the contemporary architecture of the city. Completed in 1864, the building had been blessed by the participation of many other fine architects, including Kaftantzoglou and Theophilas.

And the funding required for such a massive project was supplied by multitudes of proud Greeks from the diaspora. The murals on the facade frieze were designed by the Bavarian Rahl, but painted by Polish artist Lebientzki, after Rahl’s death. The building’s facade is decorated with the busts of Rigas Feraios, the Patriarch Gregorios V, Adamantions Korais, Gladstone, and Ioannis Kapodistrias. When the Library and the Academy were finally completed, flanking both sides of the first structure, the “Athens Trilogy” of Neo-classicism had been born.

Creation and Entertainment in THEATER...