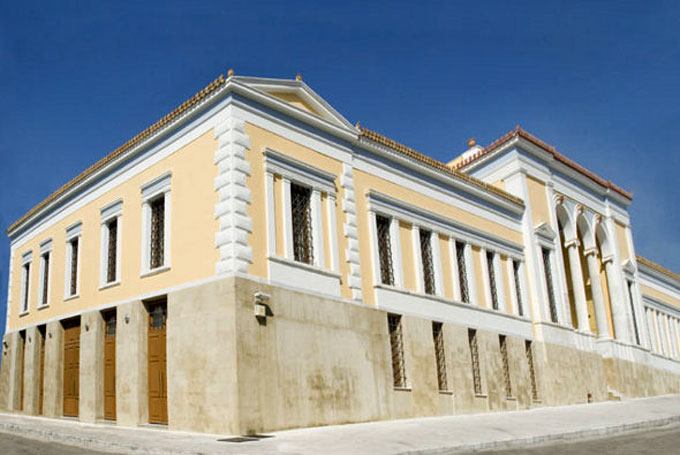 In the late 19th century, recently naturalized Greek citizen, Ernst Ziller arrived at the town of Pyrgos in order to build the municipal market, Stavropazaro.

The Agora occupies an entire street block. The town’s most significant listed building is a two storey edifice with four entrances and several patios.

Its four sides present four different architectural styles. The façade of Karaiskaki Street has intense Renaissance elements. The façade on Metaxa Street, opposite administrative buildings, has a severe and minimal look while the façade on Kresteniti Street is in pure harmony with the buildings across the street, presenting a similar construction and decoration style. At the fourth façade, on Petralia Street, the possibilities of decoration are restricted by the floor gradient. The ancillary areas are situated on the ground floor which presents a more urban style.