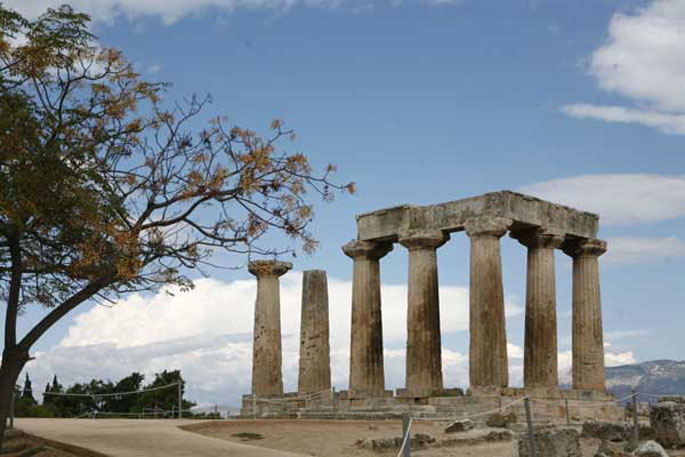 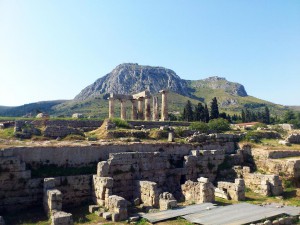 The archaeological site of Ancient Corinth is situated in a village bearing the same name, only a few kilometers from the modern town of Corinth. The area was first inhabited during the Neolithic period, at the eastern foothills of Acrocorinth hill. It was developed in a strategic location; were land communication could be controlled between Peloponnesus and Central Greece, it had fresh water and it oversaw the fertile valley of Corinth. It was perfectly positioned and for that reason the settlement did not change location until the Middle Ages. 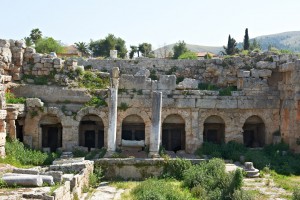 The peak period of ancient Corinth begins with the foundation of its colonies, mainly Corcyra and Syracuse. The Corinthians introduced the trireme to Greece. Ancient Corinth was the most significant commercial destination in the Greek territory. The excavations brought to light the imposing temple of Apollo, the Agora, the temple of Octavia, the shops of Lechaion road, Apostle Paul’s Podium, the theater and the Odeon. 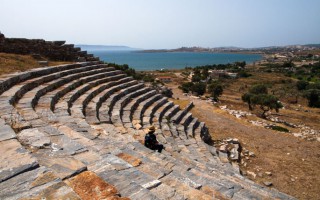