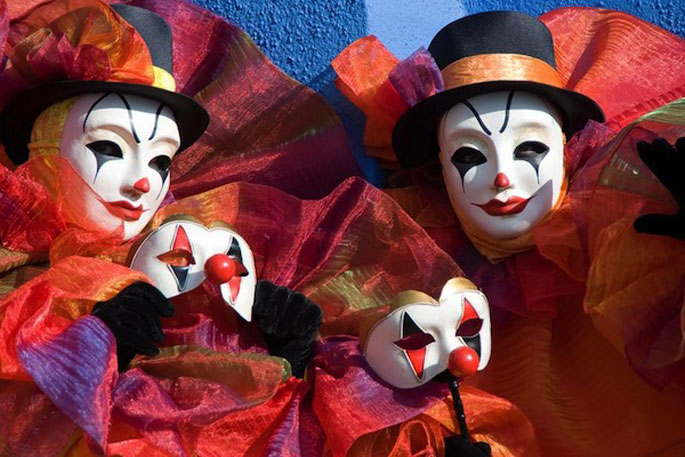 Patra, the capital of the prefecture of Achaea, is without doubt a city with great history and many interesting places for one to discover during a visit. However to the majority of the people the city is best known for its Carnival, which, is, admittedly, the biggest and most impressive carnival out of the dozens that are organized in various areas in Greece.

The Carnival of Patra began in the 19th century and has many western influences, which were transferred to the mainland via the Ionian islands. Nevertheless, the ancient roots of the Carnival cannot be disputed; it was connected with pagan traditions and rituals, especially the ecstatic celebrations in honour of Dionysus, who was the god of ecstasy and inebriation, and also of the rebirth of nature.

The Carnival opens every year on January 17, it reaches, however, its height during the final weekend of the Carnival, before Clean Monday, when the great parade also takes place. These days are filled with non-stop partying, vibrant colours, music, dancing and feasting until the small hours, with the participation of everyone, young and old, from all over the county.

Patra is a vibrant city year-round; during the Carvival, however, it becomes even more alive, giving the impression that the whole of Greece has gathered here. Every year, when the Carnival ends, with the burning of the Carnival King, preparations for the next one essentially begin. Officially, though, the Carnival begins on January 17 and lasts until Clean Monday. On the name day of Aghios Antonios, the public crier goes around the city inviting everyone to gather in the evening at the central square, Plateia Georgiou; there, during a spectacular ceremony, the Mayor of Patra signals the official opening of the Carnival. During the period before the big parade, the city slowly dons its official, colourful costume, puts on its garlands and confetti, rehearses its songs, counts its dance steps, lets the hooters and the whistles accompany it and treats the people copious amounts of mavrodafni. The Carnival of Patra is the greatest carnival celebration in Greece and has a long history of 181 years. Its beginning was signalled by the first masquerade ball after the liberation, thrown in 1829 in the house of the merchant Morettis. Its beginning seems also to be connected to the French troops of general Maison, which settled temporarily in the city after the liberation from the Turks and it is considered that they passed on their homeland’s carnival traditions to the locals. The Eptanisians, also, are said to have contributed significantly to the development of the carnival tradition: After the unification of the Ionian Islands with Greece in 1864, many of them arrived in Patra, where it is believed they influenced the carnival celebrations, complementing them with their homeland’s special colour. Let’s not forget, of course, Patra’s strategic location, with its ever-developing port, which allowed it to have constant liaisons with the West and especially Italy, home to many marvellous carnivals (the famous Carnival of Venice): because of its location, the city played an important role in shaping the Carnival tradition. The first carnival floats appeared during the 1870s, with creations initially taken up exclusively by individuals. In 1966 the Carnival took a new form, with the incorporation of the Treasure Hunt custom, and the carnival celebrations began being broadcast by the Hellenic Broadcasting Corporation (ERT). In 1974 the street parade was also incorporated.

Tsiknopempti (“grilling day”)
This day is the joy of the gourmand, since hundreds of locals set up makeshift grills in every part of the city. The events, however, revolve around the upper part of the city and mainly Germanou street and the streets around it, where the folk traditions revive. Traditional carnival events, music groups and a festive and authentically satirical mood complete this night, with its large meat and wine consumption. 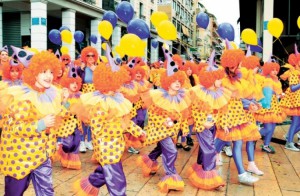 The Children’s Carnival
The Children’s Carnival is a separate and significant chapter of the Carnival of Patra. For 17 consecutive years, having sealed a mutual relationship of trust with its young friends, it continues to provide them the opportunity to experience new things and to immerse themselves creatively in the cultural events, amidst fun and games, and also to develop their senses, imagination and freedom of expression through alternative forms of art. Its main activities are the Carnival Workshop, the Carnival Cities, theatre performances and musical events, exhibitions and, of course, the Great Children’s Parade. 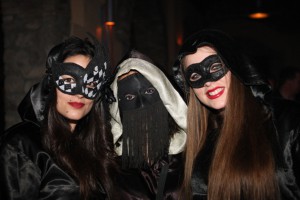 The Bourboulia
The Bourboulia is an exclusive local custom you will not come across anywhere else in Greece. It is considered, moreover, one of the oldest carnival customs, its beginnings dating back to the 19th century, possibly to the time when the Apollon Theatre was built in Patra, in 1872, by the architect Ernst Ziller. The Bourboulia are afternoon dances where the men go undisguised while the women wear dominoes and disguise their identity behind a mask. In this way, they can choose their dancing partner without revealing who they are. The Bourboulia were introduced at a time when there were stricter codes regarding the relations between the sexes; these dances provided a temporary respite to this strictness, giving the people the opportunity to interact without the fear of scandal.

Other games
Apart from the aforementioned, many other activities take place around the city, such as painting, pantomime and theatre trivia competitions, as well as anything the Carnival organizers might come up with. At the same time, some teams participate in the parade with a float they have built themselves, whose theme is relevant to their costume. The participants experience the fascinating magic and the strong emotions associated with a game of joy, fun and pursuit with many surprises, twists and unexpected events. 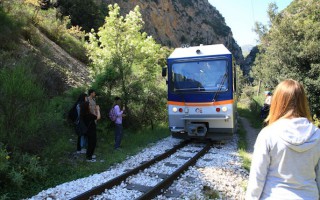 In 1889, Charilaos Trikoupis, Greece’s Prime Minister at the time, decided to construct the rack railway. Specialized technicians from France and Italy undertook the construction of the track and it lasted seven years. King George I was the first train passenger that took the first journey on March 10th, 1896. The purpose of the railway was to connect the region of Kalavryta to Athens and Patras... read more 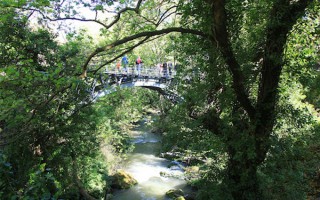 Vouraikos gorge starts at a distance of 3 km from the west foothills of mount Helmos and mount Panachaiko, and leads all the way to Diakopto. Vouraikos River springs from the mountains of Kalavryta and ends at the Corinthian gulf, near the beach of Diakopto. Along its way it has created a deep, unique gorge. As it runs down to the sea, it receives the waters of several streams forming small lakes... read more 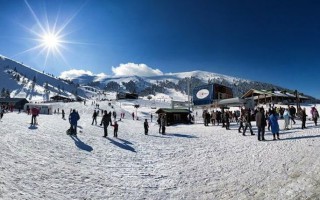 Kalavryta Ski resort is situated 14km from the town, at an altitude of 1670 to 2328 meters above sea level, on the southern side of mount Helmos. It has 8 lifts, 2 aerial (1 three-seat and 1 two-seat), 3 drag lifts (one of them double), 2 lifts for children and a recreation one. The biggest lift is 1415m long and has a height difference of 472m. The total lift capacity is 5.000 people per hour. The... read more 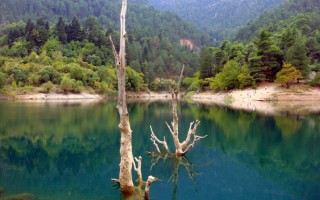 One of the few lakes in the mountainous region of the Peloponnese, lake Tsivlou is situated at an altitude of 800 m. It was formed following a landslide in 1912 when the ancient river Krathis was blocked. The small yet picturesque lake is located half way from Akrata to Zarouchla. Enjoy a picnic with view the huge branches sprouting out of its surface or chose between walking, mountain biking and off-road... read more

The ancient theater is situated near the town of Aigeira at an altitude of 350m above sea level offering a view to the Corinthian gulf. Its construction dates back to 280-250 Β.C. Similar to the orchestra, the koilo is hewn on natural rock and when not available the soil was cut to accommodate stone seats. During the Hellenistic period it consisted of a two storey building. A corridor divides the koilo... read more 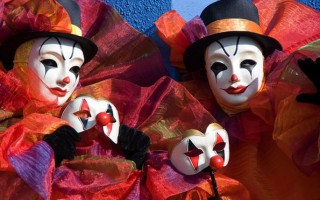 Patra, the capital of the prefecture of Achaea, is without doubt a city with great history and many interesting places for one to discover during a visit. However to the majority of the people the city is best known for its Carnival, which, is, admittedly, the biggest and most impressive carnival out of the dozens that are organized in various areas in Greece. The Carnival of Patra began in the 19th... read more 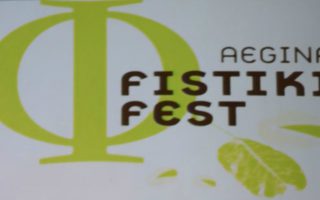 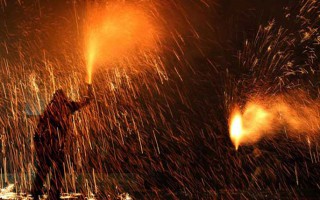 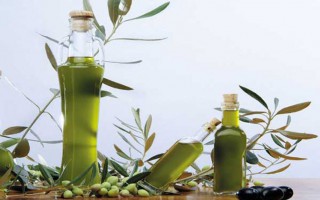 “The Routes of the Olive Tree” – Messinia 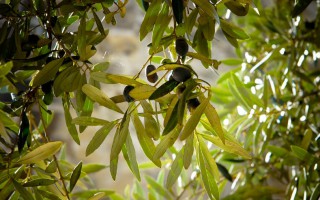