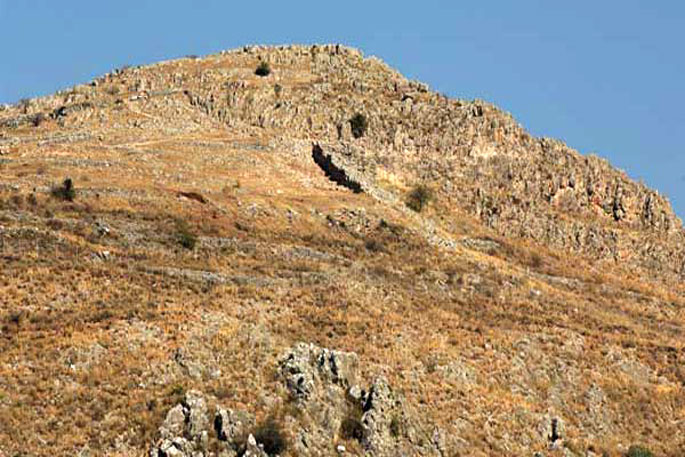 Τhe Mycenaean acropolis of Midea, the third fortified acropolis of Argolida, is related to many myths. It played the role of a craft industry, administrative, military and financial force. It was built on a hill and, according to findings dating to the 13th century, it was inhabited since the prehistoric age. The “cyclopean wall” and the two gates, one on the east and one on the west, protect a 24.000m² region. The huge tunnel, the bastion and a number of houses with fine frescos fascinate the visitor. Furthermore the wealth and the glory of the acropolis are documented by the numerous archaeological findings. Their study greatly contributed to the decoding of the script Linear B demonstrating the continuity of the Greek language. 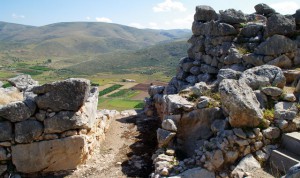 Between Mycenae and Tiryns, built on a 2.70m high ancient hill, rises the third most important acropolis of Argolida, the Mycenaean acropolis of Midea. According to the legend this land has been founded by king Perseus and consists of Alkmini’s, Hercules’ mother’s, homeland. Another legend states that this land was the prison where Hippodamia, Pelops’ mother, was punished, and the land was named after the queen. It was built to control the ancient passage to Epidaurus. Greek and foreign researchers have underlined its strategic position; the acropolis controls the plain of Argolida.

For many centuries, it constituted an important industial, administrative, military and financial centre. This is documented by the numerous findings brought to light by the excavations carried out in 1939.

The ceramic findings of the late Helladic period indicate that the ancient hill was inhabited from the prehistoric age. The “cyclopean walls” surround the hill and protect a 24.000m² region, controlling the upper acropolis and the lower sections of the hill with its constructions. One side of the hill is steep consisting thus of a natural fortress and inaccessible barrier for the enemies. Two gates built with natural limestone, on the eastern and the western side, complete the fortification. An underground megalithic tunnel documents that there was a developed water and drainage system and it demonstrates a specific and detailed architectural design, as it resembles the respective constructions of Tiryns.

A powerful earthquake and the subsequent fire put an end to the Mycenaean Midea. This was documented by the skeleton of a girl, found at the eastern gate, covered by huge stones. The buildings had been repaired and reused in the 12th century BC.

At the western gate, a bastion, an outpost and a number of houses were uncovered. Pieces of the walls revealed that they had a fine decoration. The findings of semi-precious stones, ceramic and stone tools, armours and gold jewellery moulds document that the buildings were used as storage rooms and laboratories, proving Mideas’ industrial strength. One of the most important findings, the large rare idol on wheels depicting a goddess, revealed the religious practices of this period. Seals and inscribed jars contributed to the decoding of the Linear B, documenting the historical unity and continuity of the Greek language.