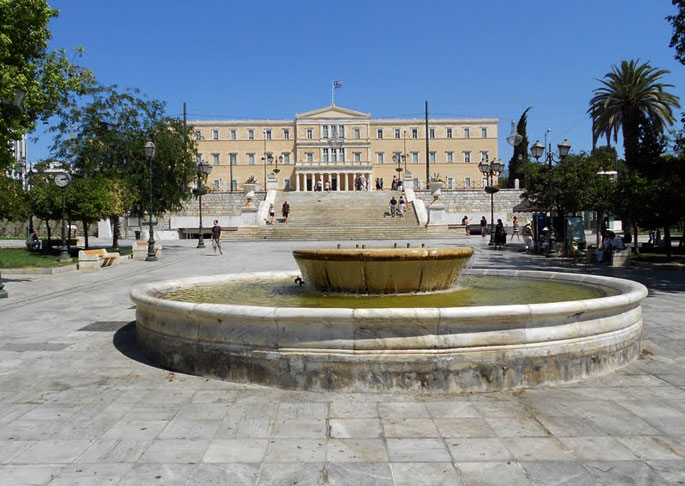 Syntagma Square is the central city square of Athens, located directly opposite the Parliament Building, formerly known as the old Royal Palace. The original name given to it during the planning of Athens was the “Square of the Muses.” However, after the Palace was erected, it was renamed, the Palace Square. But on September 3rd, 1843, following a boisterous public rally demanding that a constitution be established, it was again renamed, this time, Syntagma (Constitution) Square. The square is bordered by Amalias street, which runs directly in front of the Parliament building and the Monument of the Unknown Soldier, Vassileos Georgiou I street to the north, Philellinon street on the west, and Othonos street to the south. Beneath the square is the Syntagma Metro station.

It is worth mentioning that the numbering of the streets in Athens starts from Syntagma, and all distances to the major cities of Greece are measured from Syntagma, as well. Due to its extremely close proximity to the original Palace and current Parliament building, the square has been at the center of many major political and social events, such as the 3rd of September revolution, the raucous rallies on the day of Greece’s liberation from the Germans on October 12, 1944, the civil war events of December, 1944 and, naturally, most political speeches given by party leaders during election times. 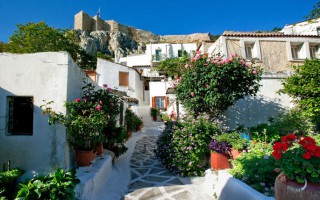