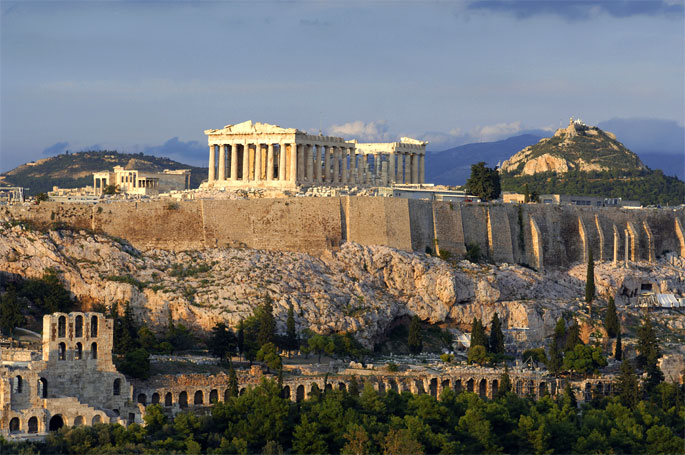 The world-famous Acropolis, the “sacred rock,” is a fortified hill towering 156 meters high in the heart of Athens, its summit home to one of the most important historical building complexes ever constructed by man, awe-inspiring symbols of humankind’s quest for balance, reason, justice and democracy, ageless reminders that this is the birthplace of western civilization. It also reminds us that the Greek civilization has thrived here since the prehistoric era. Used regularly by the ancient Athenians since the 3rd millennium B.C., traces have been uncovered here, dating as far back as the Mycenaean era, as well as traces of archaic-era temples.

Today, the visitor can admire amazing 5th Century architecture like the Parthenon, the Erechteion, the Propylaea, and the Temple of Nike Apteros. 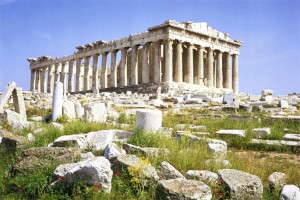 The Acropolis was used during later years for religious, administrative, and even defensive purposes. In fact, the monuments have suffered substantial damage due to war; in 1687 the Acropolis was bombed by Morozzini, and Kioutahi Pasha’s siege of 1826 to 1827 did further damage. But these interventions from foreign conquerors and religious fanatics did not diminish, in the least, the stunning beauty or cultural significance of these monuments. The Parthenon, a monument of Global Heritage [Unesco 1987], is today the most visited sight in Greece, attracting millions of visitors each year.