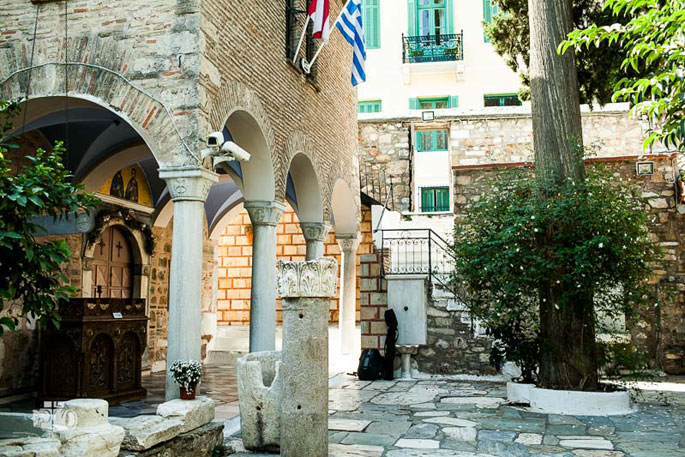 The Metochion (embassy church) of the Holy Sepulchre

The 17th century Church of Agioi Anargyroi, also known as the Metochion of the Holy Sepulchre, is located at the Anafiotika, in Plaka. Originally opened as a convent, presumed to have been owned by the prominent Kolokinthi family. 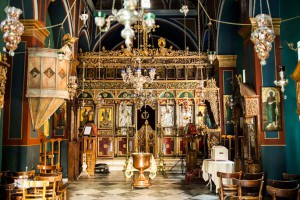 The church is a single-clite basilica, dedicated to the Ag. Anargyroi. Due to its function as an embassy church of the Holy Sepulchre since the 18th century, the Metochion is deeply involved with the holy ceremonies of Easter. Designated as the point of initial reception of the Holy Light from the Sepulchre in Jerusalem, on the night of celebration of the Holy Resurrection, the church attracts many visitors. It was built on the site of an ancient temple dedicated to goddess Aphrodite. 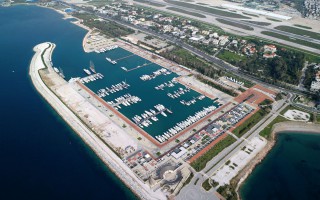