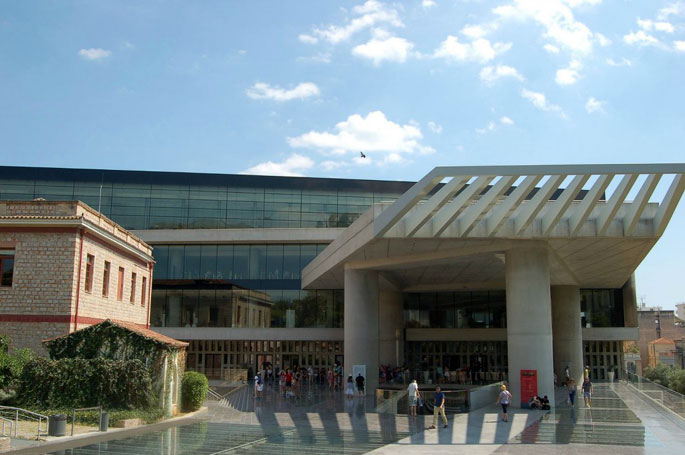 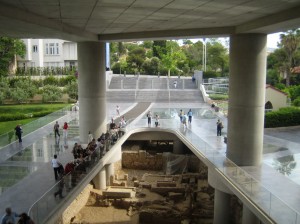 With a subway station conveniently located near its front entrance, the New Acropolis Museum contains the most important artefacts found on the “sacred rock.” Containing rare objects from the Mycenaean era to the Roman and early Christian ages, it is an absolute “must see” for visitors. Since Opening in 2009, millions of visitors have gazed in wonder at the Parthenon sculptures adorning its rooms. And, through the large overhead windows, visitors can simply look up to be overwhelmed by the sheer size and beauty of the ancient monuments towering above the museum. 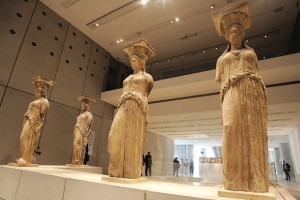 Replacing the old museum that had operated since the 19th Century in the building complex adjacent to the Parthenon. the New Acropolis Museum displays its invaluable collection of ancient artefacts with a modern twist; Built on high pillars directly above the Roman era archaeological site, visitors can look down through the transparent floors to view these rare artefacts. It is worth noting that since many of the principal exhibits require special lighting conditions to insure their preservation, the museum uses a substantial amount of natural light for its illumination.
Museum web site: www.theacropolismuseum.gr