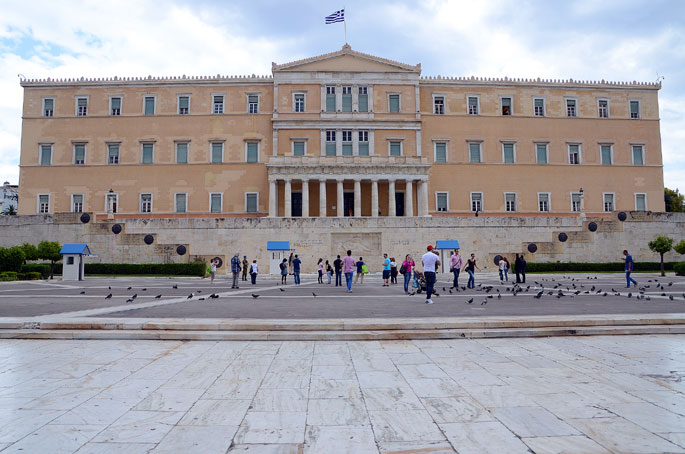 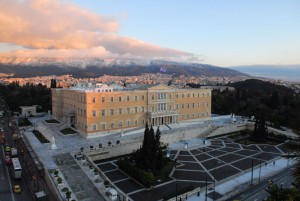 This imposing, minimalist building once served as the Royal Palace until 1909, when it was damaged by a fire. Now home to the Hellenic Parliament, the building was erected between 1836 and 1843 for King Otto. Built by Bavarian architect Gurtner, on the outskirts of the city, among the hills of the Acropolis and Lycabettus near the Mesogitiki Gate (Boubounistra). During the years prior to its final completion, the building frequently served as a luxurious, but temporary residence to wealthy and influential Athenians; that is, until the summer of 1843 when the Royal Couple finally moved in. 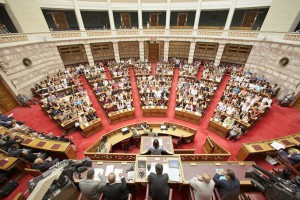 Following the destructive fires of 1884 and 1909, the Royal Family moved to the Tatoi Palace. Over the next few years, the former palace was put to various uses, until the government of Εl. Venizelos decided to house the Parliament and Senate in the building. Extensive restoration work was performed in order to meet the needs of the legislative bodies, and finally, in 1935, the building was officially signed over to the Parliament. After the Dictatorship of Metaxas, the facility housed various state services, and the Parliament eventually resumed its operations from 1946 until today. Parliament was, however, briefly interrupted during the years of the Junta rule, from 1967 to 1974.