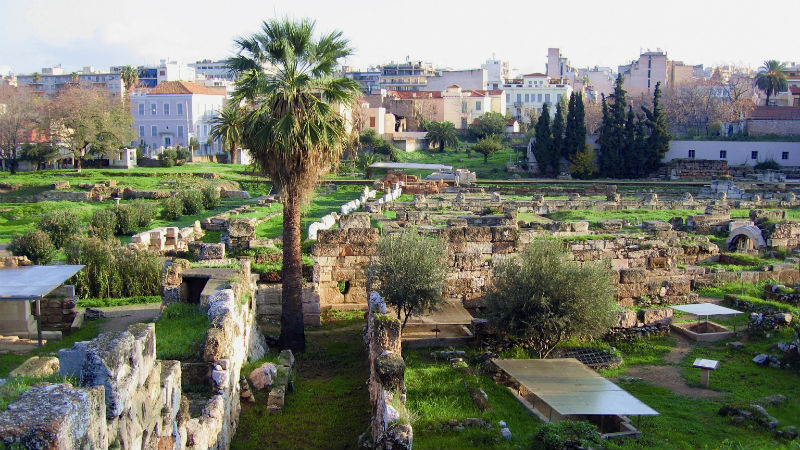 Located at the end of Ermou street, the Kerameikos Archaeological site is one of the major archaeological sites in Athens. And though only a small portion of this ancient city quarter is open to the public, this site, home to the “Kerameis” (the potters) of antiquity, is a powerful and moving glimpse into the distant past. Also standing here are the ruins of the Dipylon Gate, the imposing double gates of the Themistocleian city wall, circa 478 B.C. Numerous tombs with “replicated anaglyphs” occupy the site as well, the original anaglyphs being safely preserved in the Kerameikos Museum, also located here. 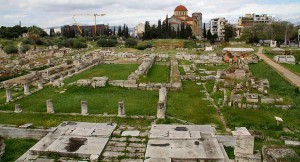 The notorious Demosion Sima, the public graveyard where ancient Athenians once buried their war heroes, is also part of this intriguing site. It is believed that Kerameikos took its name from one of two sources: the ancient Kerameis, potters whose workshops occupied the area, or from the name of the Greek hero, Keramos. The imposing gates were first brought down by Syllas during his conquest of Athens in 86 B.C., and the final destruction took place during the Herulian sack of Athens in 267 A.C. Thereafter, the area was used as a graveyard until the end of the Roman era in the 6th century.