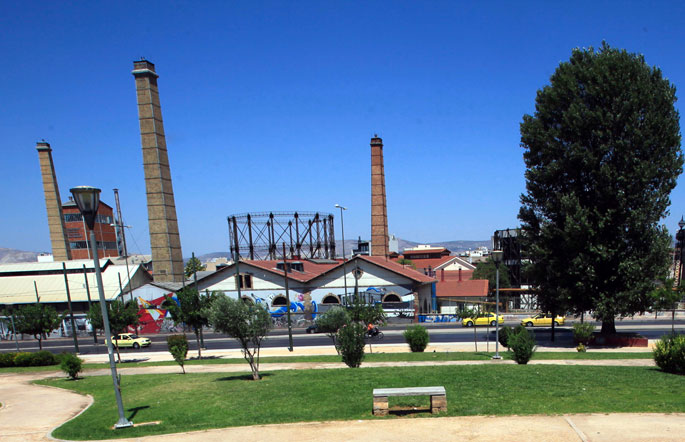 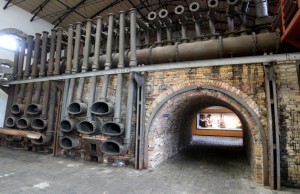 The Athens Gasworks factory, or “Gazi” as most people call it, is on the right side of Pireos Street, immediately past the entrance to Iera Odos. Built around 1860, the first plant was quite small and was owned by businessman, Frangiskos Feraldis. The small plant expanded rapidly, becoming an immense industrial complex. And though its general design mirrored the same architectural principles seen in similar industrial buildings throughout Europe, modernist decorative elements were also present, some displayed on the huge metal frames of the structures. 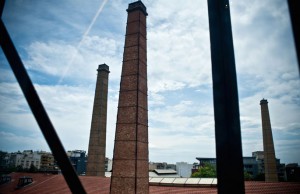 The plant was eventually sold to the Gas Lighting Company, and in 1938 it was acclaimed by the Municipality of Athens, finally ceasing operations in 1984. Today, the area has been fully refurbished and modernized into a “Technopolis-Gazi” cultural venue, home to various cultural events organized by the Municipality.
Technopolis site: www.technopolis-athens.com 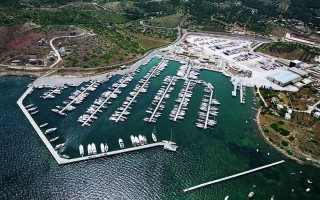 The “House of Shadow”, Xanthi