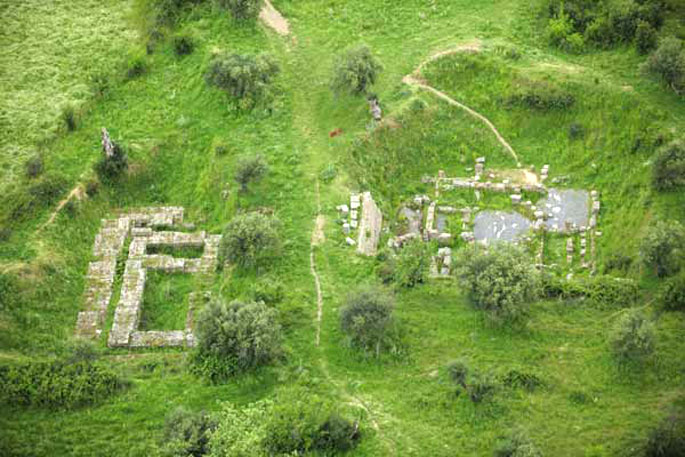 Ancient Gortys is among the most important Arcadian cities of the ancient world. The exact dates of its founding, prime and decline are not known, since the archaeological evidence that has come to light is not enough to make an estimation. It is generally accepted, however, that the city was in its prime already in the 4th century B.C., and it was probably destroyed sometime around the 12th century. 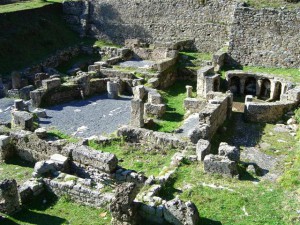 The archaeological site is located outside the village of Atsilochos, in Mountainous Arcadia. Remnants that have come to light include fragments of the old fortification, ruins of houses and public buildings, a sanctuary of Asclepius and baths that were probably connected to this deity, with a curative purpose. The baths are among the most important ones to be discovered from the ancient world. They included a special heating system, which was considered by the researchers to be an Arcadian innovation.

The city also seems to be connected with the ancient city of the same name located in the valley of Mesara, near Heraklion, Crete. It is very possible that the Cretan Gortys was created by inhabitants of the Arcadian one.

According to myth, Ancient Gortys was founded by Gortys, the brother of Agamedes, son of Stymphalus and great grandson of King Arcas of the Lycaonides people. He gave his name to the city and also to River Lousios, which is called Gortynios at the stretch from Gortynia up to its confluence with river Alfeios. In antiquity, it was one of the most important cities of Arcadia and, according to what little is known, one of the oldest.

The city is situated next to River Lousios, at an altitude of 350 metres, a short distance outside the village of Atsilochos, in mountainous Arcadia. It was one of the stops on the route followed by Spartan athletes when travelling to compete in the Olympic Games, as the ancient road of Olympia – Megalopolis – Mycenae – Isthmus – Athens passed through here.

The city was guarded by two acropolises with strong fortifications, built close to one another, at an altitude of approximately 480 metres. It also had several temples and public buildings, burial grounds, a sanctuary of Asclepius, as well as two large baths, which formed an integral part of the worship of this deity. The baths operated from the 2nd century BC and had a special heating system, which archaeologists believe was an Arcadian invention. There was also a temple dedicated to Asclepius containing the god’s cult statue made by the famous sculptor Skopas of Paros. So renowned was this temple, according to Pausanias, that even Alexander the Great visited it in 335 BC, offered a sacrifice to the god and dedicated his spear and chest armour.

The exact date of the foundation of ancient Gortys is not known, owing principally to the lack of relevant written evidence and findings. There are, however, findings dating to the Late Helladic (1600-1100 BC) and up to the Geometric Period (11th – 8th century BC), thus verifying its age. The city’s most important period is placed during the Classical and Hellenistic Periods, with its peak specifically around the 4th century BC. Its decline, on the other hand, appears to have come after the foundation of Megali Polis, in 368 BC, when Gortys, together with neighbouring cities, was forced to unite with it, thus losing its autonomy. As a result, a large part of its population relocated to the new city. The city appears to have been finally destroyed around the 12th century AD, during the Byzantine Period, by the Goths.

During its peak years however, Gortys was a lively city, participating in the events of the wider region throughout its history. 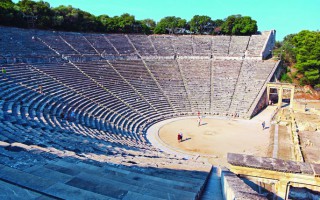