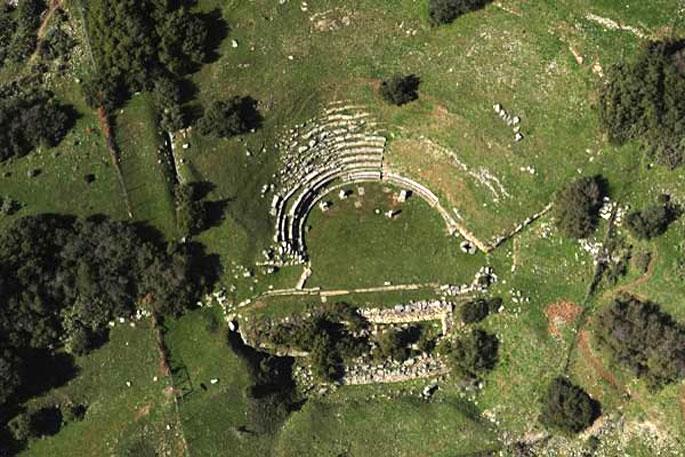 Orchomenus was a city in ancient Arcadia, its ruins today situated approximately 30 kilometres from Tripoli, a small distance outside the village of Levidi.

Orchomenus was one of the oldest cities in the region, with evidence of prehistoric inhabitation. It had a large population, as well as a significant presence in the events of the time, and there are testimonies that it was a particularly rich city, since it struck its own coin. Orchomenus was one of the three “large powers” of eastern Arcadia, together with Tegea and Mantineia, with both of which, in fact, it was in constant opposition. Its greatest peak was during the Archaic period, circa the 7th and 6th centuries BC. The city was abandoned during the Roman and Byzantine years, and its inhabitants relocated to the surrounding regions.

The main city is situated on a hill dominating the valley of Levidi and Kandila, an impressive – as well as strategic – position, as it allowed control of the region over a fairly large distance. This ancient city has been excavated and is now open to visitors. The first systematic excavations took place in 1913 by G. Blum and A. Plassart, while during the years 1973-1976 new excavations were carried out by the Supervisory Service of the Prefecture of Arcadia, the 5th Ephorate of Prehistoric and Classical Antiquities, under the direction of its former Head, G. Stainhower. Further works were carried out in 1980 under the direction of former Head, Th. Spyropoulos. 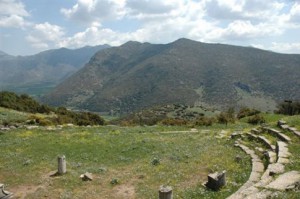 Among the monuments brought to light are a bridge dating to the Archaic period, a prehistoric tomb, the ancient agora, the bouleuterion, a temple to Artemis Mesopolitis, its walls, and most importantly the ancient theatre, one of the largest theatres of the ancient times, with a capacity for 4,000 people, built during the Hellenistic period, in the 3rd century BC. This theatre, built at an altitude of 800 metres, offered a unique view. It was used both for plays and for games in honour of the god Dionysus. An interesting fact is that, as this theatre was built on a steep slope, it had a system for draining rainwater, which consisted of separate stone drainage pipes. 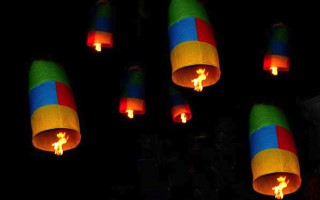 Easter in Arcadia – The Night of the Balloons