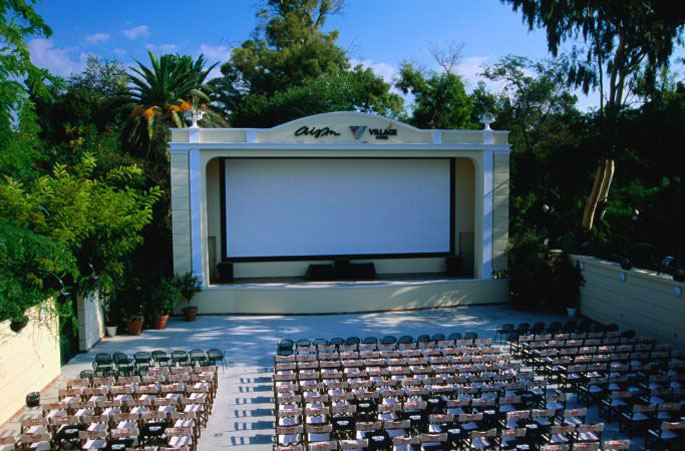 The Egli Cinema is perhaps the oldest cinema still in operation in Athens. Opened in the early 20th Century, following a civil war and World War I, it is located on the premises of the “Egli Beer Restaurant,” which opened in 1904. The theatre’s close proximity to the Zappeion Mansion and its gardens, helps to augment this picturesque section of old Athens. The cinema, now part of the large Egli multiplex, with its restaurants, bars, coffee-shops, and event venues, is considered by summer cinema lovers, to be one of the best places for entertainment in Athens.

And, though located in the very center of Athens, it is virtually free from the usual noise associated with bustling cities. Surrounded by lush greenery, complemented by the perfume of summer flowers, it even has a “private” veranda, from which, you can watch your favorite movies, while enjoying a great dinner.
Cinema web site: www.aeglizappiou.gr