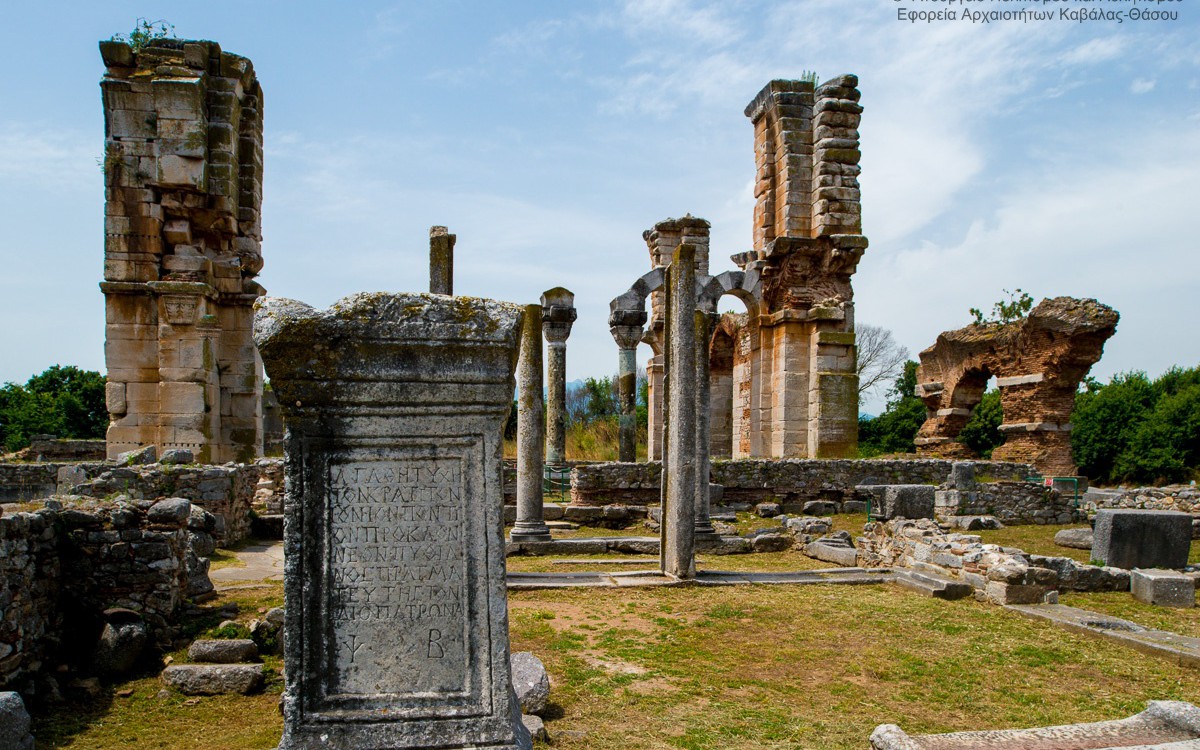 Located 15 km from Kavala in Krinides and is one of the most important historical sites in the area. Founded by the father of the Great Alexander and took his name. 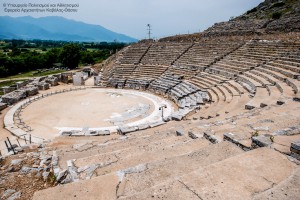 Includes, the ancient theater of Philippi (where every summer is organised the homonymous Festival), the Forum and the commercial market, the palaestra, the islands with private houses and early Christian churches. It was founded by Thassian settlersin 360 BC. Very soon, in 356 BC, Thassians, as to face the local Thracian tribes sought the help of Philip II, the father of Alexander the Great. Philip B. recognizing the prime location of the city, gave it his name.

The passing of the Egnatia Via through the Philippi area in the 1st century. BC gave the greater weight to the city, and turned it into a benchmark of the region. In 42 BC the Battle of Philippi in the two low hills outside the western city walls caused changes in local and global level. The win of Octavian and Antony, continuing of the policy of Julius Caesar marked the end of democracy , openind the Octavian way for the empire. The site of philippi became a Roman colony (Colonia Augusta Julia Philippensis) who flourished in the second century in 20 sentury AD.

he 49/50 AD Apostole Paul visited the Philippi and founded the first Christian community in Europe. The memory of the visit and his imprisonment remained deeply in the memory and gave an ecumenical Christian pilgrimage character. The city is shrinking in the early of 7th century because of large earthquakes and Slavic raids. Survives in Byzantine times as a fortified castle, keeping its importance due to its location on the main East-West artery land. The complete abandonment occurred with the Turkish conquest in the late of 14th century. 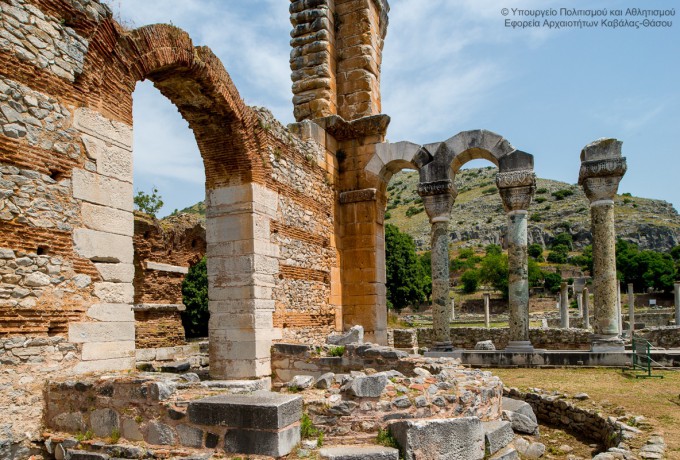 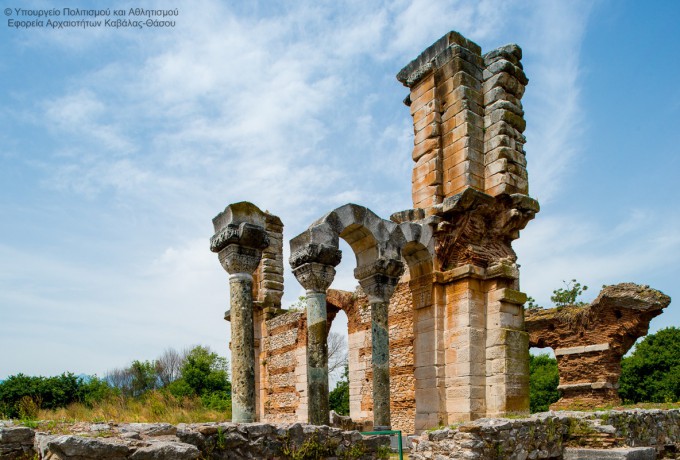 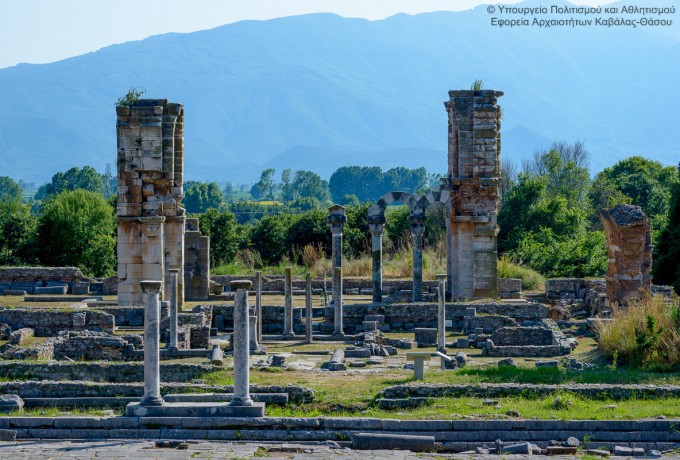 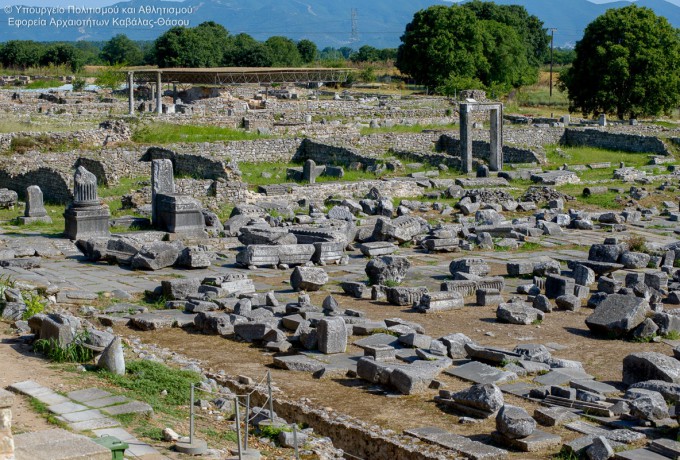 The health place of krinides, with its therapeutic clay and curative water, geographically belongs to a wider area with rich history that begins with the foundation of the city in 360 B.C. One of the most important archaeological sites of eastern Macedonia is situated in Krinides, Kavala. In this historic region one can come across the ancient thermae, the ancient agora, the ancient theatre of Filippoi,... read more

Located 15 km from Kavala in Krinides and is one of the most important historical sites in the area. Founded by the father of the Great Alexander and took his name. Includes, the ancient theater of Philippi (where every summer is organised the homonymous Festival), the Forum and the commercial market, the palaestra, the islands with private houses and early Christian churches. It was founded by Thassian... read more

The castle of Kavala is at the top of the peninsula where the old city is built. During Byzantine times and after them successive reconstructions and interventions in the fortification by the Byzantines, Venetians and Turks, have been done. The castle (citadel) in its present form, was built in the first quarter of the 15th century, based on Byzantine foundations. In its external theater are held... read more

The Nautical Museum of Kavala was created in 2005 with the aim of preserving the maritime cultural heritage. Currently is underway the creation of space that will house the Maritime Museum. Nevertheless, members of the Museum are being active by visiting schools, participating in the naval week with nautical exhibits and their participation in international conferences. Source: Eastern Macedonia... read more

The Historical & Literary Archive of Kavala

The Historical & Literary Archive Kavala was founded in 1996. Its current official legal form and recommendation was made in 1996, when it was obvious that the size was so extended and with important historriacal value that it should be organized with modern methods and standards, based on scientific foundations files, to present a valuable historical material being collected the past 50 years. The... read more