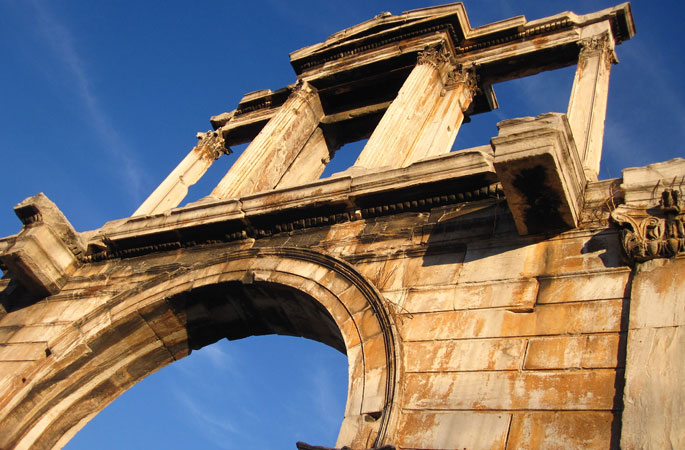 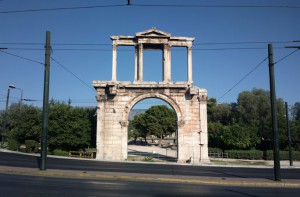 Philhellene Roman Emperor, Hadrian (117-138 μ.Χ.), founded a new neighbourhood near the eastern border of ancient Athens. To honour him, the Athenians named it Adrianopolis, and in 131-132 A.C., built an arch of Pentelic marble, leading from the old city into the new. Situated near the Temple of Olympian Zeus, the arch remains intact and in excellent condition, and is one of the most recognizable, and photographed landmarks of the city.

In the late 18th century, the arch served as part of the city’s defensive wall, known at the time as the Haseki wall. It was later named the “Gate of the Princess” or the “Arch Gate.” Today it stands in the very heart of modern Athens, a stunning marble monument to the days of glory in ancient Athens.