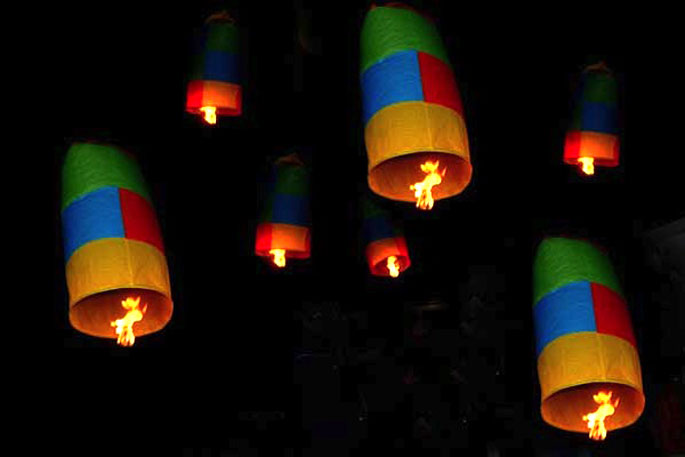 Easter in Arcadia – The Night of the Balloons

If you happen to be in Leonidio for Easter, you will witness a truly amazing spectacle, which takes place on the night of the Resurrection. Hundreds of hot-air balloons, made of straw and paper, are set free into the sky when the congregation say “Christ is risen”, filling the night with lights and colours. The origins of this custom, which is not followed anywhere else in Greece, are unknown. Some argue that it is an Asian tradition, which seamen brought back home to Leonidio at the end of the 19th century.

The residents of Leonidio have one more reason to prepare for Easter a little earlier than usual. Every year, on the night of the Resurrection, they revive the tradition of the hot-air balloons, which are set free into the sky when the priest says “the Christ is risen”.

The balloons are made of straw and paper, and they include a special mechanism that allows them to be lifted into the sky. There is an opening on their lower part, inside of which they secure a piece of cloth dipped in oil and petroleum -the so-called “kolymmara”- which, once set on fire, heats the balloon and makes it take off. The balloons’ paper is light, and people use various colours of glue, in order to give the balloons a happy and vibrant effect. The balloons can be as large as two metres and they fly as high as 1,000 metres! When the fire goes out, they cool off and fall back down to earth.

So, few weeks before Easter, each family makes its own balloon, a ritual that every family member is involved in. There is also friendly competition over who will create the most impressive balloon. All five parishes of Leonidio participate in the custom, each one creating up to 100 balloons for that night! The sky is literally filled with these colourful and bright structures, creating a festive ambiance, which is of course accompanied with the fireworks and firecrackers. A few of the hot-air balloons are also freed in the sky in the afternoon, during the Liturgy of Love, from the main square in Leonidio.

The Night of the Balloons is a unique tradition, the origins of which are somewhat lost in the mists of time. This custom doesn’t exist anywhere else in Greece, which means that it’s well worth spending your Easter in Leonidio in order to experience this amazing view from up close. 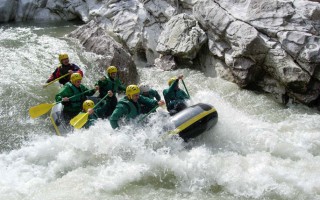 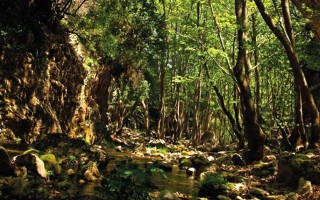 The Monastery of Eloni and the Gorge...