Philopappos Hill, or “Mousseion Hill” as it was known in antiquity, is situated northwest of the Acropolis rock. Named after Philopappos, grandson of Antiochus IV Epiphanes, King of Syria, the hill was honored with the title of this Roman consul, who was a great lover of the city. Declared an Athenian citizen in the late 1st Century, Philopappos was bestowed with various offices. 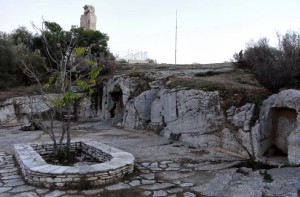 During excavations by archaeologist Konstantinos Travlos, he uncovered an ancient monument that turned out to be the actual mausoleum of Philopappos. Only one wall of the Mausoleum remains today, showing relief scenes from Philopappos’ life. An inscription was also saved. Due to its numerous decorative elements, it is believed that this monument is one of lesser import than others of Classical and Hellenistic Athens. 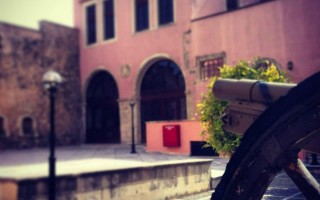