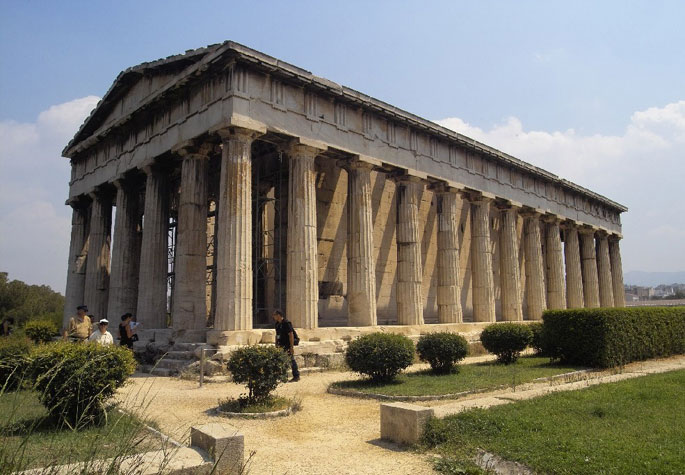 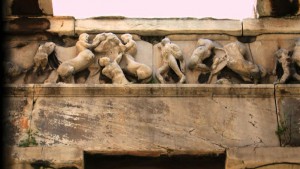 The Temple of Hephaestus at the Ancient Agora is the best preserved and restored ancient temple in Athens. Built during the Golden Age of Athens in 450 B.C., it is believed to have been constructed, either by Iktinos or, possibly by someone else, whose name was lost to antiquity. But based on similarities in design, it has been surmised that the architect who built the Temple of Hephaestus, more than likely designed the identical temples of Poseidon in Sounion, Nemessis in Ramnous, and Ares in Menidi. It is interesting to note that this temple was initially dedicated to the hero, Thesseus, who also named the area we now call Athens.

When Christianity prevailed, the Doric temple of Hyphaestus was converted into a church in honor of Saint George. During the Ottoman occupation, the Athenians kept the church closed in order to avoid its conversion into a mosque by the Ottomans. Opening its doors only when celebrating their Saint’s name day, the Athenians called this church “Saint George Akamatis” (Lazy), to point out this peculiarity.

Page: 1
Older Entry Monument of Lysicrates
Newer Entry The Hill and the Monument of Philopappos 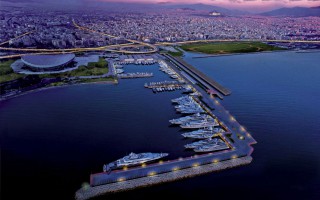