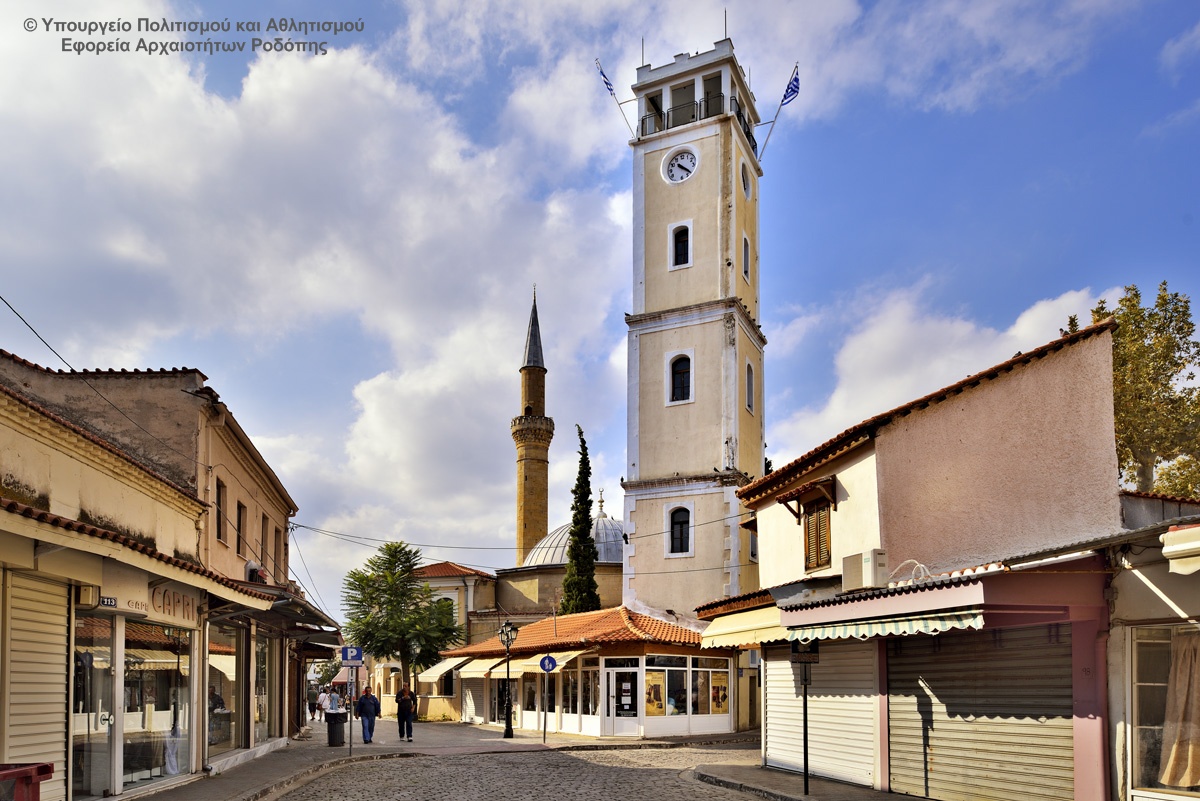 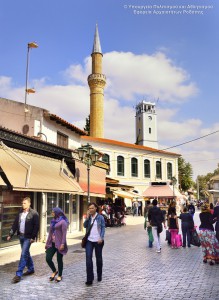 The Clock Tower was built in 1884, the era of Sultan Abdul Hamid B. In the decade of 1950 became architectural interventions and took its current form.

Behind the tower rises the minaret of the mosque of Yeni Mosque from the balcony where the muezzin calls the faithful of Islam to prayer. In the courtyard housed the religious authority of Muslims Rhodope, the Mufti of Komotini.

At the southwestern side of the assembly tower-mosque is the pedestrian shopping street of Ermou, while
the NE side, the traditional square of Hephaestus, is heaving laboratories tinplate, known teneketzidika, giving a unique color in the market town that lies around. 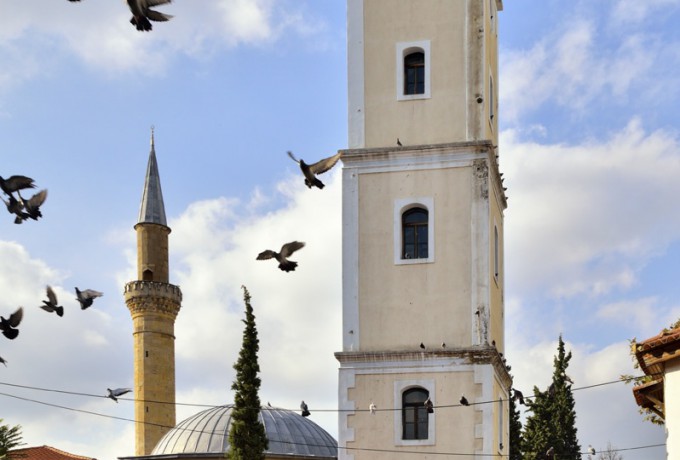 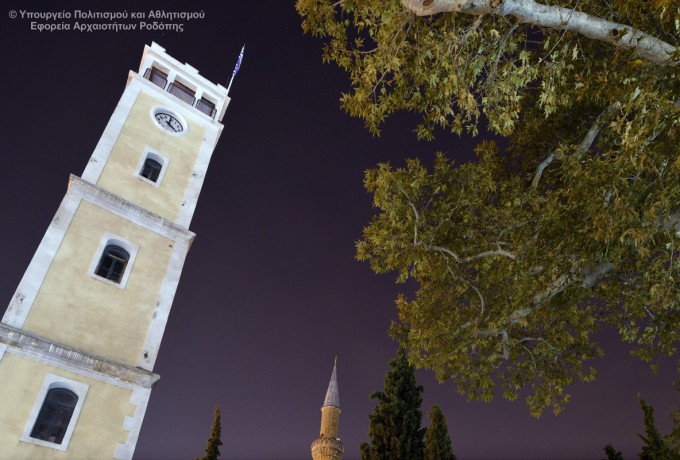 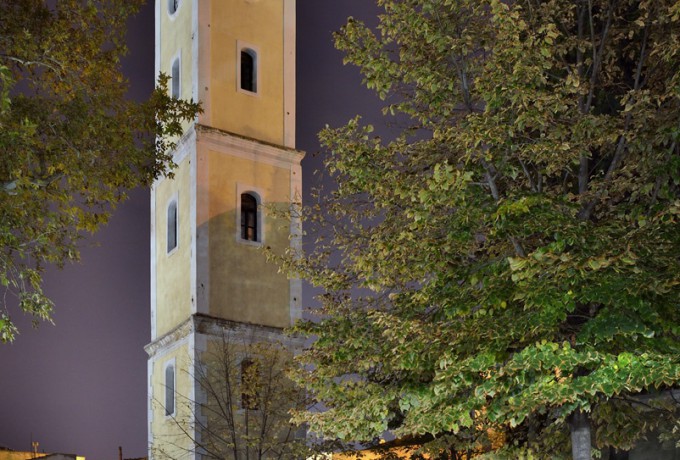 Known as the “Tzistarakis Mosque,” this is one of the few Muslim monuments remaining in Athens. Built in 1759 by the Governor, Tzistarakis, during the second period (1689-1821) of the Ottoman occupation, it has been rumoured that the lime used for its construction was procured by melting down a column from the Olympieion. But research has proved that a column from Hadrian’s Library was actually used. In the 20th Century, the mosque housed the Museum of Hellenic Folk Art.

Today it serves as an annex of this museum. It is remarkable that in 1966, the mosque was partially restored so that Ibn Saud, exiled, ex-monarch of Saudi Arabia, could perform his religious duties here.