The Archaeological Site of the Temple of Athena Afaia, Aegina 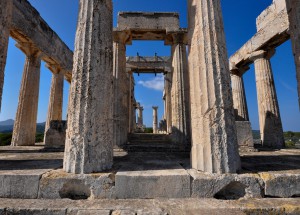 From its perch atop a pine-covered hill on the island of Aegina, the imposing temple of the Afaia watches over the sea. Built in the early 6th Century to replace an earlier Doric temple, this well preserved structure, located on the northeast side of the island, is dedicated to Afaia, a deity related to the Cretin goddess, Britomartis-Diktynna.

The original, Doric-style structure was built from local limestone, with a double internal colonnade and a pitched roof with tiles made of Parian marble.

Its gables are now on exhibit at the Munich Sculpture Gallery. Made of marble, they depict themes from the Trojan War, featuring local heroes, like Telamon, son of Eakos. The western gable is archaic, dating from the late 6th Century B.C., while the eastern gable features more recent, classical elements from the early 5th Century B.C. Ancient tradition has it that the Temple of the Aphaia, along with the Acropolis and the Temple of Sounion, align to form a triangle. 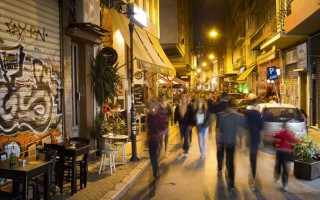 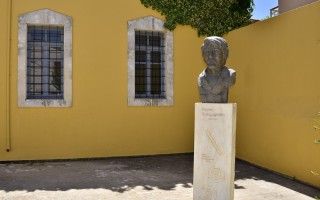 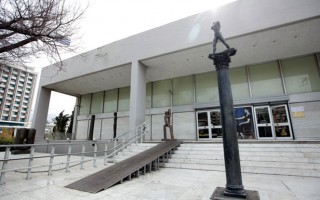