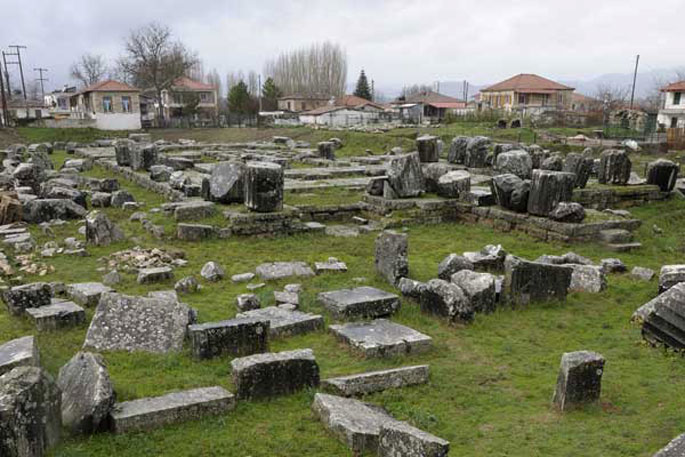 Ten kilometres outside Tripoli, next to the village of Alea, in Mantineia, stands imposingly the ancient city of Tegea, fragments of which started emerging from the end of the previous century. Tegea was one of the most important cities of ancient Arcadia, with a remarkable course through the centuries, until 395 A.D., when it was completely destroyed by the Goths and subsequently abandoned.The excavations have thus far uncovered part of its ancient theatre, part of the ancient Agora, an altar for emperor worship, an early-Christian basilica and fragments of a Byzantine settlement. The area today can be visited and operates as an archaeological park. Nearby there is also the Archaeological Museum of Tegea, with findings mainly from the area around the sanctuary of Athena Alea, patron of Tegea. This sanctuary is no longer extant, it is said, however, that fragments from it were used to build the church of Panaghia, located near the archaeological site.

Tegea was one of the most significant cities of ancient Arcadia. It was founded by Tegeates, son of Lycaon and grandson of Pelasgus, and it was the last seat of the mythical kings of Arcadia. Tegea flourished during antiquity; it is said to have had several thousands of citizens, and it struck its own coins – an indication of its prosperity. The city was destroyed in 395 AD by the Goths, which led to its final decline. 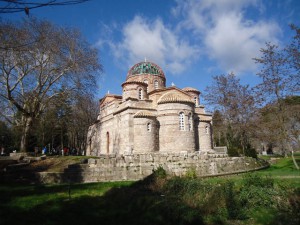 The temple of Alea Athena dominated the city, designed by the sculptor Skopas of Paros. Inside it stood an ivory statue of Athena, as well as statues of Asclepius and Hygeia, and the tusks of the Erymanthian Boar, which were taken to Rome when the city became part of the Roman Empire. According to mythology, the name “Alea” came from Aleus, the grandson of Arcas, who built the temple of the goddess Athena, protectress of Tegea. This temple no longer exists, but it is believed that parts were used to build the Christian church of Panagia, situated close to the archaeological site.

The excavations carried out at the site, initially by the French Archaeological School, and more recently by the Ephor of Antiquities, Theodoros Spyropoulos, brought to light temples of Athena Polias and Aphrodite, as well as a number of other buildings, such as the gymnasium, the agora, the stoa, the theatre, the stadium and the boule. Two paleo-Christian basilicas, an imperial cult altar and parts of a Byzantine village were also discovered in the area, from later periods. Only part of the one basilica is preserved, the so-called Thyrsos Basilica; the other is completely gone. The Norwegian Institute has been carrying out excavations since the 1990s, helping to identify buildings and roads in order to form a more complete picture of the area, while it also brought to light other findings, dating from the Byzantine periods and late antiquity.

The area today is an archaeological park of particular importance, with its own museum exhibiting the findings from the area.