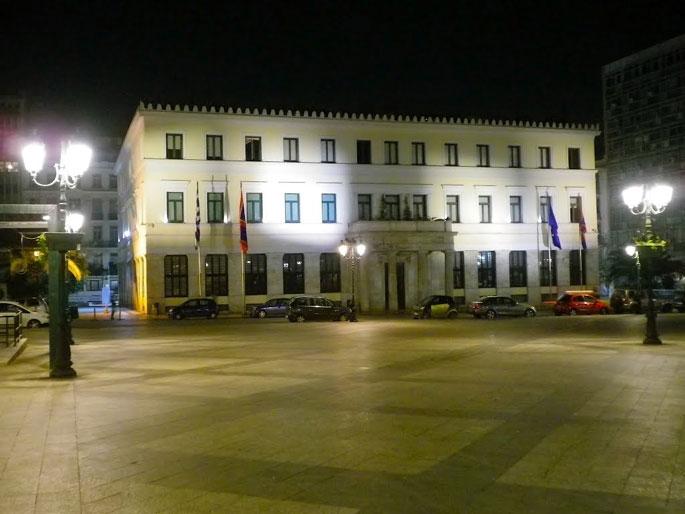 Designed by architect Panagiotis Kalkos, the old City Hall on Athenas Street was built between 1871 and 1874, during the mayoral reign of P. Kyrakos. Initially constructed as a two-story building with a tile roof and Doric order entrance, it was aesthetically and architecturally related to the adjacent Varvakeios School, a Neo-Classical building, also designed by Kalkos, which was destroyed in 1944.

In the 20th Century, City Hall underwent multiple renovations under mayors Spyros Merkouris in 1901, and Amvrossios Plytas between 1935 and 1937. A third floor was added to the building and extensive work was done on its exterior decoration. In the late 20th Century, the building was declared a listed building, and some of its exterior decorative elements were restored to their 19th century style.